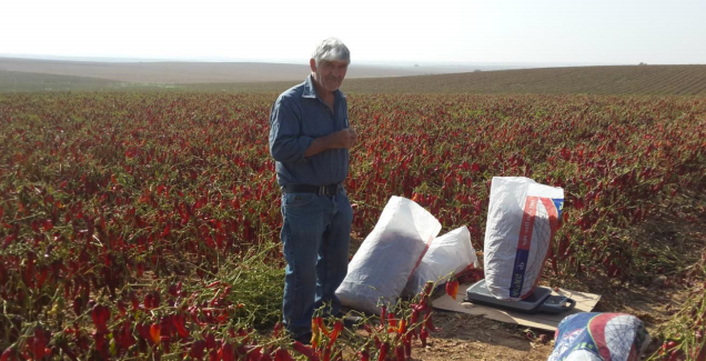 In May of last year, ABOS took part in a trial of our Terrabella product to measure its efficacy in the growth and harvest of chili peppers.

Kibutz Shoval of Israel treated 3.2 dunam or 3,200 square meters of crop in two applications. The first came immediately after seedlings were planted on May 8th, and a follow-on application occurred 8 days later. The treated areas were then measured against a control, non-treated chili pepper crop in the same area.